The economy began adding jobs back in May 2020, and this recovery is projected to continue at a slowing rate through the second half of 2020.  The average employment for 2020 is projected to be 4.4 percent lower than the area’s 2019 level.  In 2021 the recovery is expected to continue to slow, with the area forecast to expand by 0.1 percent.  If the national economy underperforms relative to expectations, it is likely that employment will decline, with a projected lower range contraction of 0.6 percent.  A faster national recovery in the upper range of expectations would boost the expected Topeka area growth to 0.9 percent. 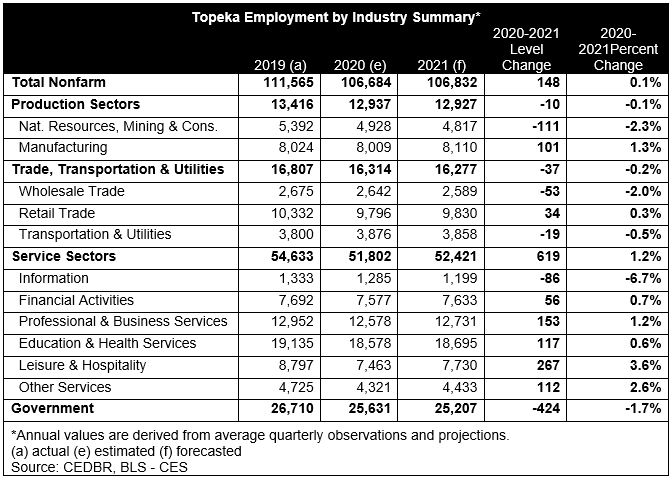 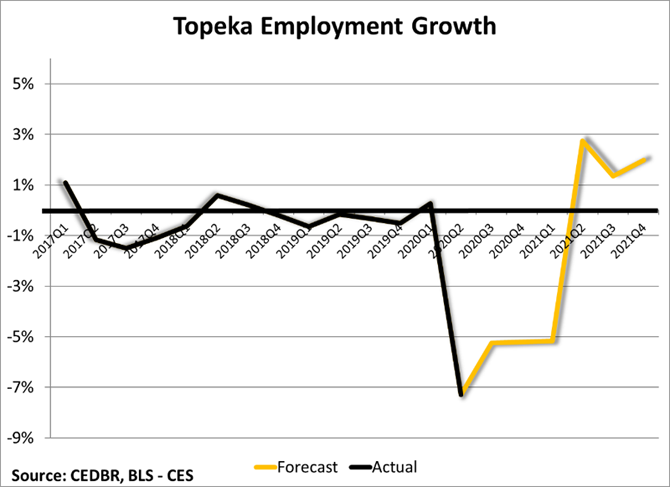