In 2019, total nonfarm employment in the Topeka metropolitan area declined by 0.4 percent, contracting by 400 jobs.  For 2020, the Topeka economy is projected to decline at a much faster rate as the novel coronavirus caused many businesses to shut down in the second quarter.  This will cause reduced spending throughout the economy even after stay-at-home orders are lifted.  U.S. gross domestic product declined 4.8 percent in the first quarter of 2020 as the first effects of the novel coronavirus were felt in March, and the effects are expected to be much larger through the remainder of the year.

In 2020, employment in the Topeka metropolitan area is projected to decline 10.8 percent, a contraction of more than 12,000 jobs.  While this would be a job loss four times larger than was experienced from the 2008 recession, it is still projected to be the smallest economic decline of any Kansas metropolitan area.  The job losses are expected to be concentrated in the second quarter, following by a recovery in the third and fourth quarters of the year.  These projections are based on the assumption that the novel coronavirus infections peaks in the second quarter of 2020 at a level manageable for the local health care system, and that additional stay-at-home orders are not required to combat the virus after the initial stay-at-home orders expire in May.  Additional outbreaks and stay-at-home orders would further reduce the employment outlook beyond what is presented here. 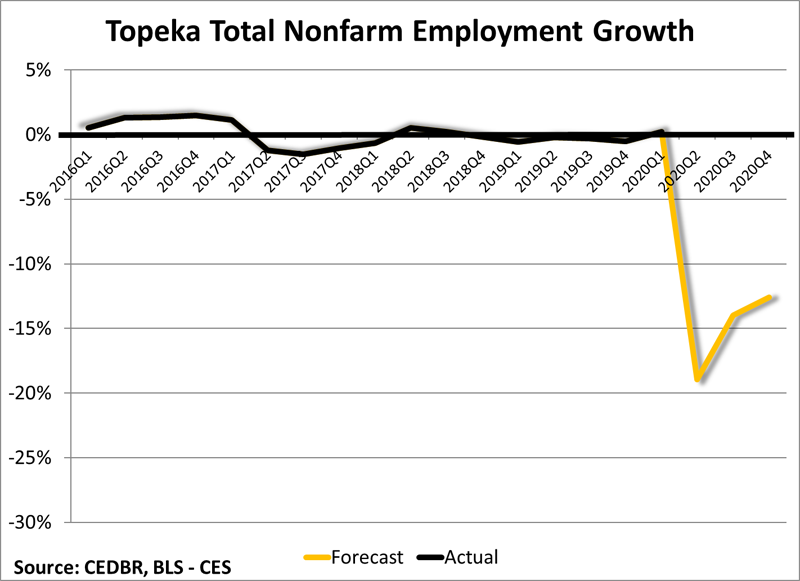 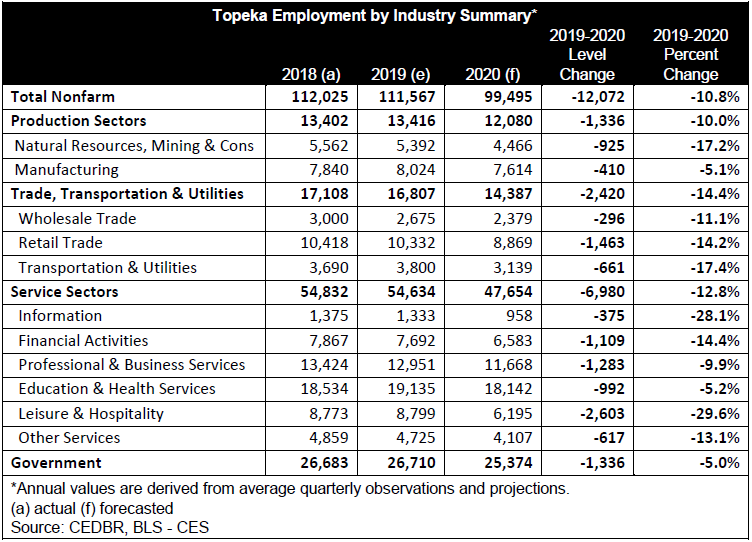