Employment began to recover starting in May 2020, and this is expected to continue for the remainder of the year and into 2021.  For 2020, average employment is projected to 4.3 percent lower than its 2019 level, a contraction of 47,000 workers.  In 2021, the Kansas City economy is projected to recover almost a third of that contraction, adding more than 14,500 workers and growing 1.4 percent.  This forecast depends on both the national economy and novel coronavirus outbreak continuing to improve at its expected pace.  If the national economy nears the lower range of expectations, the forecast for Kansas City employment would be halved to 0.7 percent growth, while upper range national economy growth could lead to employment growth of 2 percent or more. 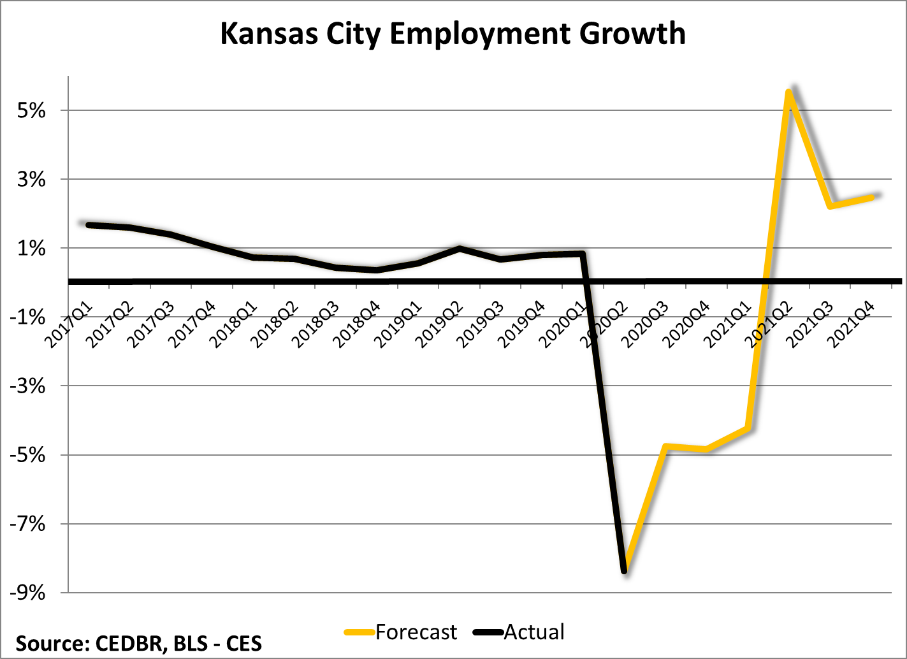