Wichita’s employment growth is expected to flatten in 2018, with a modest contraction of fewer than 200 jobs. In 2019, growth is projected to resume at 0.8 percent, adding almost 2,500 jobs, which would return the Wichita area to near its 2016 level of employment. 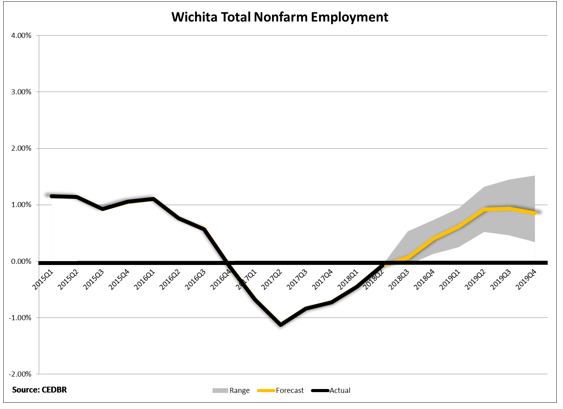