In the last twelve months, employment in the Wichita metropolitan area has grown by 0.5 percent.  In 2018, Wichita total nonfarm employment is forecast to increase by 1,065 jobs, growing 0.4 percent, with an expected growth range between 0.1 percent and 0.6 percent. This is expected to be modestly lower than Wichita’s average employment growth rate over the last five years, which has been 0.8 percent. 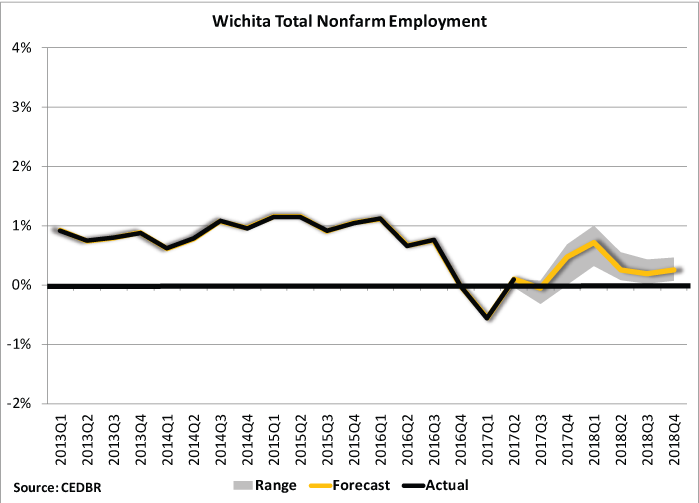