In the past twelve months, employment in the Wichita metropolitan area has grown by 0.8 percent.  In 2017, Wichita total nonfarm employment is forecast to increase by 2,906 jobs, which implies an anticipated growth rate of 1 percent. 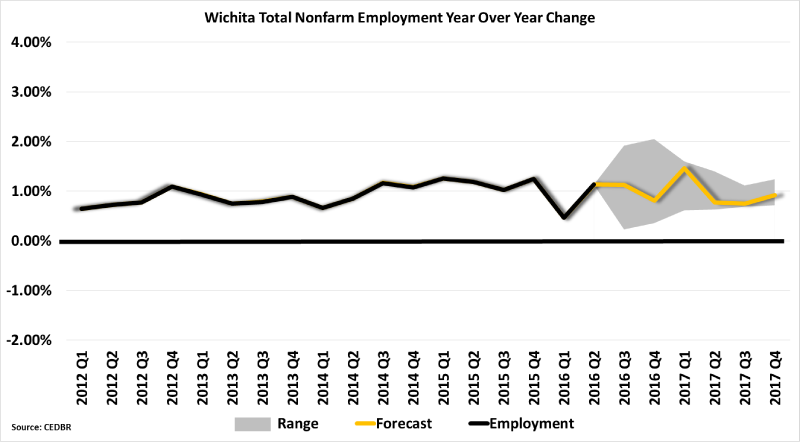