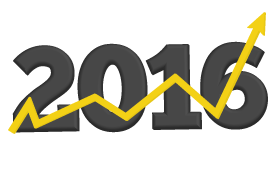 Nationally, real GDP expanded briskly with 3.9 percent growth in the second quarter of 2015, after growing 0.6 percent in the first quarter of 2015.  Most of this growth was due to growing personal consumption expenditures, with investment experiencing the second largest growth.  Net exports and government spending also contributed to the increase in real GDP, as both had moderately positive growth.  Employment increased by 2.1 percent nationally in the last twelve months, while employment in the Wichita metropolitan area grew by 1 percent.

In 2016, Wichita total nonfarm employment is expected to increase by 3,360 jobs, which implies the employment growth rate is anticipated to be 1.1 percent.