In Kansas, growth is expected to resume in 2018 with a 1.3 percent expansion in overall employment, which will add more than 17,000 new jobs to the economy.  That growth pattern is expected to continue into 2019 as employment grows at 1 percent, adding almost 14,000 jobs statewide. 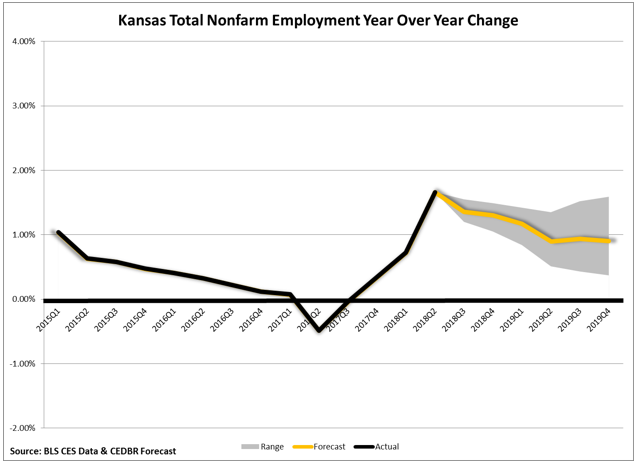