From October 2015 to October 2016, Kansas employment declined by 0.4 percent, a decrease of approximately 5,300 jobs. The overall average for 2016 Kansas employment is expected to be flat compared to 2015, indicating growth in the last quarter of 2016.  In 2017, Kansas total nonfarm employment is forecast to increase by 13,669 jobs, with an anticipated growth rate of 1 percent. 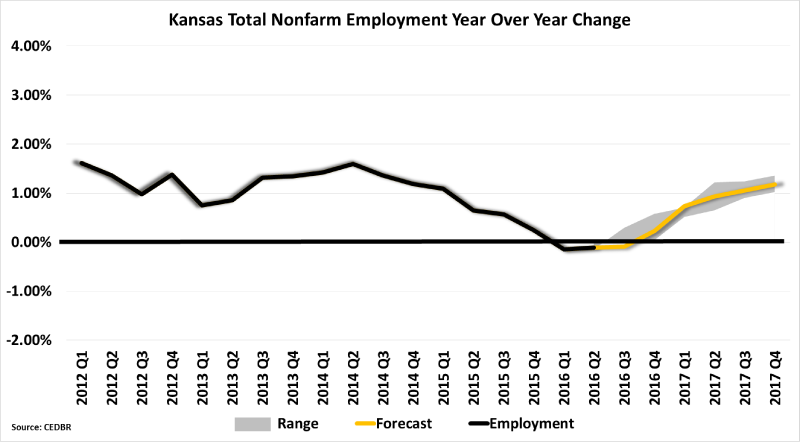