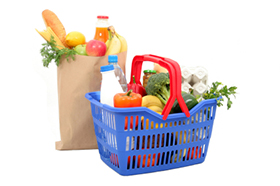 To subscribe to the Cost of Living Index report, or to learn more about The Council for Community and Economic Research, visit their website.