Wichita, An Affordable Place to Live 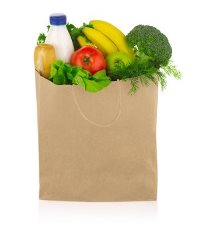 Earlier this year, The Council for Community and Economic Research, known as C2ER, released its 2013 Annual Average Cost of Living Index report. The data in that report represents the unweighted average of data accumulated in the three quarterly pricing events of 2013. Among the 308 urban areas that participated during the year, the after-tax cost for a professional/managerial standard of living ranged from more than twice the national average in New York (Manhattan), N.Y., to almost 19 percent below the national average in Harlingen, Texas. Wichita’s annual average Index value was 92, 8 percent below the national average.

With the flu season continuing in many parts of the United States, C2ER recently examined the prices of orange juice and Advil across the country. The most expensive place to buy orange juice was in Hilo, Hawaii, at a price of $7.19. The least expensive place was Kalamazoo, Mich., at only $2.68 for a comparable orange juice product. Wichita’s price was $3.49, the same price as the average for the 308 urban areas.

To learn more about C2ER, or to subscribe to the quarterly Cost of Living Index, click here.