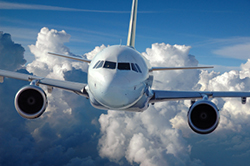 Adequate levels of airline service can play an important role in urban economic development.  Having access to multiple airline services at a single airport can increase competition among airlines, which in turn lowers fares, reducing the costs of business travel and meeting face-to-face with business collaborators.  This can make a city more attractive to both potential new businesses looking to locate there and businesses which already exist in the area.  Lower travel costs can help increase intercity agglomeration economies by making it easier for firms to integrate themselves with the business community outside of the city in which they are located.