Employment in Kansas’ construction sector declined by approximately 1,000 jobs in 2017 to 60,200 after five years of employment increases from 2011 to 2016. The decline affected all of the major construction subsectors, with the largest job loss in building construction. Even after adding more than 8,000 jobs from 2011 to 2016, the sector remains below its 2007 peak of 65,800 jobs. Building equipment contractors were the single largest subsector in Kansas in 2017, employing 18,000 workers, and also the fastest growing since 2011, adding approximately 3,000 jobs through 2016. Heavy and civil engineering construction began to decline earlier than the other construction subsectors, suffering employment losses every year since 2014. 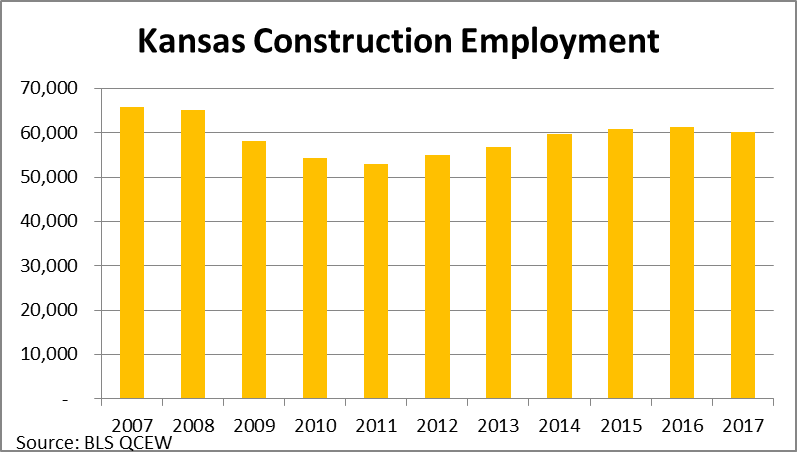